Sunstroke Entertainment covers the Nike US Open of Surf

When it comes to the combination of surfing, skateboarding, live music, and little clothing, only one place comes to mind: Southern California. It comes as no surprise that the Nike US Open of Surfing is currently being held at Huntington Beach Pier through Sunday, August 5. 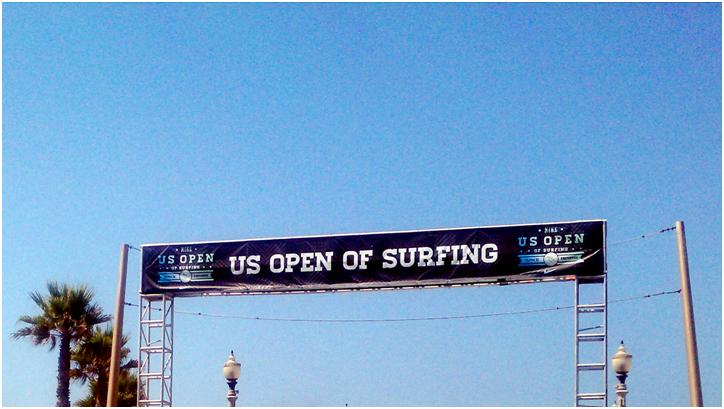 As the day began, the first highlight was the skateboarding. From open skate for all to the serious pros, it was quite entertaining [and sort of scary!] to watch as the guys and girls mastered the concrete course designed in part by the Nike Skateboarding team. They must be fearless as they attempt the impressive tricks, wowing the crowd with every steady landing, and brushing off every seemingly painful fall as if it did not hurt at all. Big name skaters such as Sammy Baca, Ryan Reyes, and Tom Remillard showed the little ones the ropes. Or should I say, the rails and ramps.

When the skaters went to break, it was time for the surfers to take the spotlight. Lakey Peterson, 17, took the win today. With a name as cool and unique as ‘Lakey’ and an Olympian swimmer for a mother, it is safe to say she was born to rock the water. She proves that theory factual with the help of her surfboard. Find out more on this California native at her website, lakeypeterson.com. Her sponsors are Nike wetsuits, clothing, and footwear, Smith sunglasses, and Channel Islands surfboards.

After the ladies were finished, then men’s competition began. The surfing events of the day then commenced, and the crowd swarmed over to the area where Ohio’s Walk The Moon (signed to RCA Records) opened for fellow indie rock superstars known as Best Coast from Los Angeles, CA (naturally).

The crowd roared in approval with fans crowd-surfing to the great sound of both groups of music masterminds. What greater way to end a full day on Huntington Beach than with live music, right? I could not think of a better alternative.